It started as a suggestion. Then it became a persistent request.  I felt it even when it wasn’t there. The need for turducken was growing. A turducken is a chicken stuffed inside a duck, inside a turkey. For a year I had been advancing my culinary skill on non-critical friends once a week. One turducken infatuated friend kept pushing the idea my way. At first I had just said “No.” Over and over again. Eventually my curiosity was piqued. That was the mistake. Once I started the research I couldn’t be stopped. I scoured the internet. Five years ago, I didn’t find that much. There were butchers and small groceries that would assemble it for you. Just a handful of brave souls were doing it from scratch and posting about it. The Road To Turduken was my favorite story. I set a date, required RSVPs and cash, then took three days off of work to do the beast.

On the first day I grocery shopped. 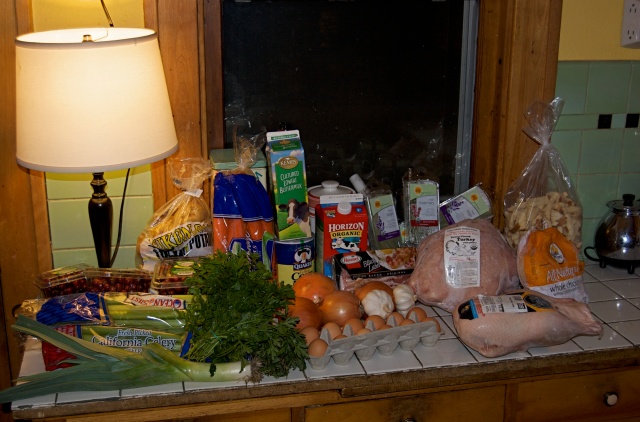 Those can’t be my groceries!  What was I doing buying a Gold’n Plump chicken?!? Hormel bacon??? No way.  This is some strange way to time travel to my younger self.

On the second day I made three stuffings in the morning, and deboned three birds in the afternoon.

The top left was the traditional oyster sausage stuffing.  Bacon cornbread was up next.

Deboning took four hours.  This was by far the hardest part.  In addition to research, I had practiced.  I had bought training chickens the month before.

Breaking joints, with a headlamp. 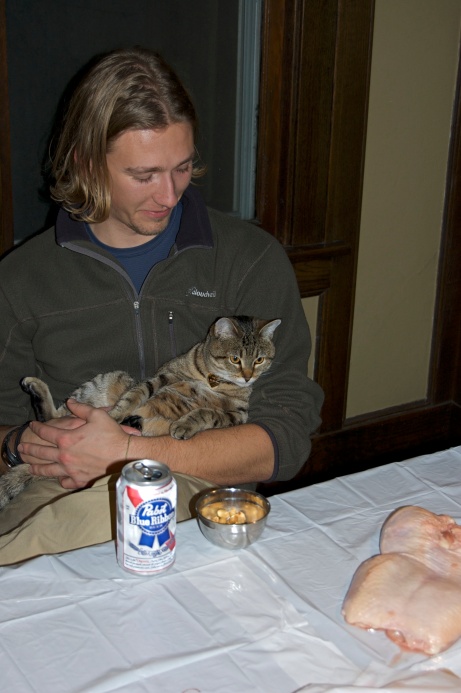 My spectators and pit crew. 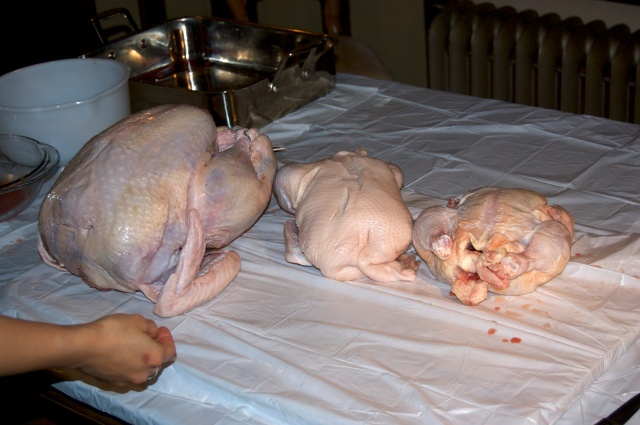 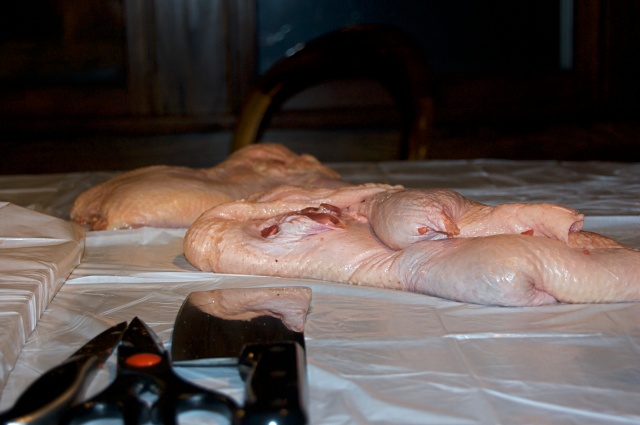 Somehow I hadn’t found Pepin’s amazing deboning skills.  I’d like to believe it would go much faster now.  Man, I could get lost in Jacques Pepin and Julia Child YouTube videos…  Try it, I dare you.

On the third day Will and I assembled the turducken. 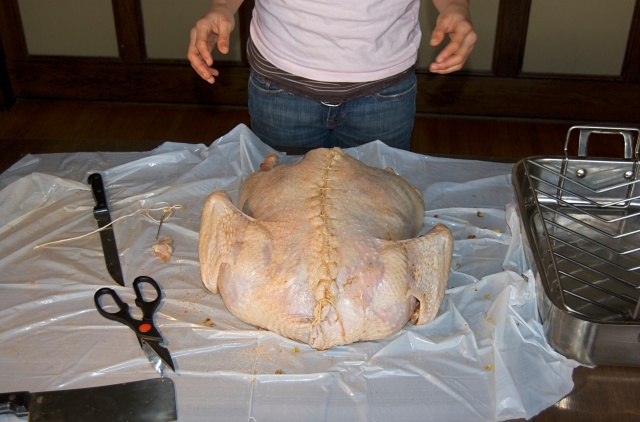 It took both of us to stitch it up.

To do this feat I borrowed:
My dad’s knives and digital meat thermometer.
My future mother-in-law’s roasting pan.
My neighbors oven.  Our’s was too small.

In the meanwhile I cooked the sides and we got the house ready.

That’s a desk added on to the dining room table. We also had to borrow chairs.

Nine hours in the oven… 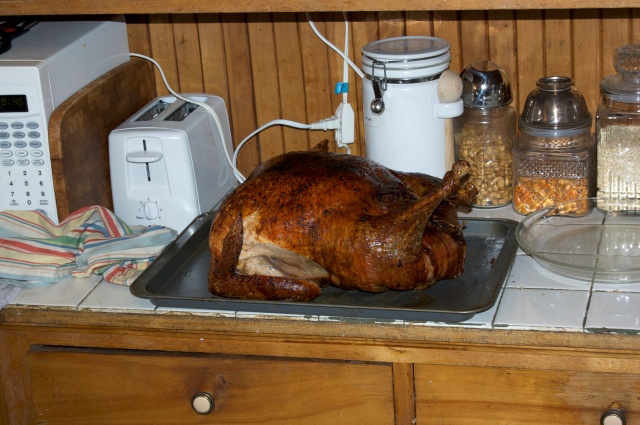 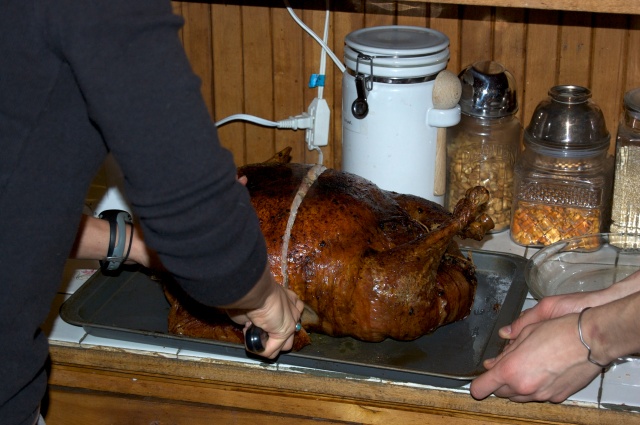 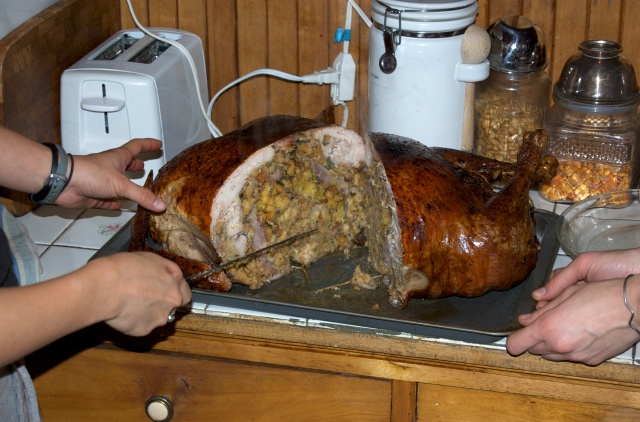 In the end it was a feast fit for kings. Or a bunch of drunk 20 somethings.

The friend who started it all is the one pouring gravy from the plastic pyrex cup. We were real classy.

Thank you Jeff for poking me until I made it.  It was totally worth it.
The next request was for a “Bacon Explosion”
Which later lead to the Ultimate Pig in a Blanket.
I’m not sure what will inspire me next.  Any ideas?

3 Responses to Adventures in Turducken