Women In The Woods 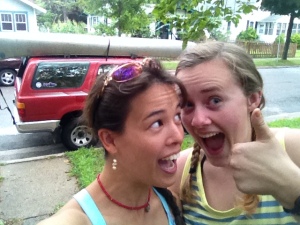 We had fun in the the woods, in the sun, and the wind. Fun making friends at a remote bar and playing dress up with a park ranger.  A camping trip with so much fun I can’t begin to fit it all here.

As opposed to the camping honeymoon that was lots and lots of hard. I still haven’t finished telling that story because just thinking of it makes me hurt. So far the story has had titles such as: Bluckville In Portage Hell and Rain,Tears, & Tea On The Gunflint. The last two days were so brutal that even two years later it still stands as the hardest endurance test I’ve ever endured. And until now, that had been the last time I had truly been in the woods. It was time for a different kind of trip.

The kind with steak and whiskey and chocolate. 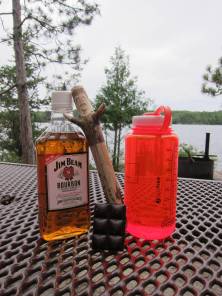 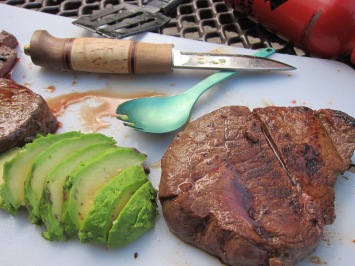 With time to lounge, relax, and goof off. 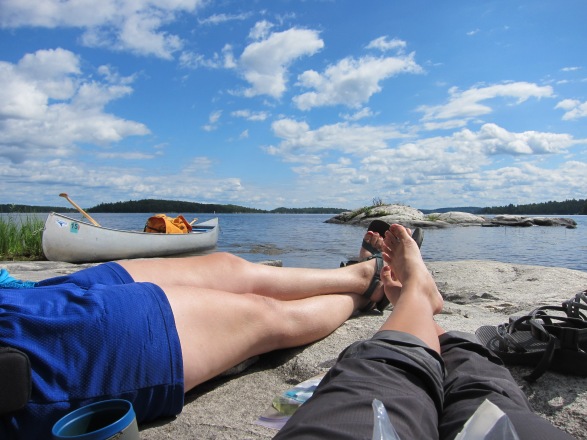 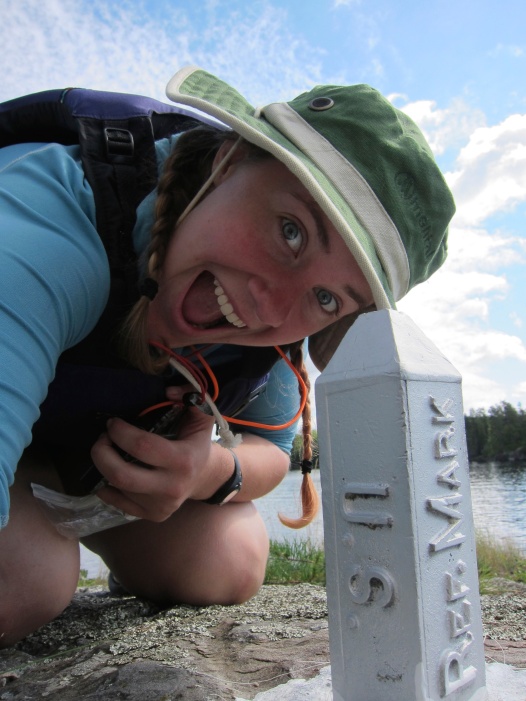 There was just enough cold and wind to be satisfyingly challenging. I got to see how hard it is to steer with gusty wind and a big enough fetch to make for some real waves. Annalesa got to experience paddling with muscle and urgency not just for recreation. 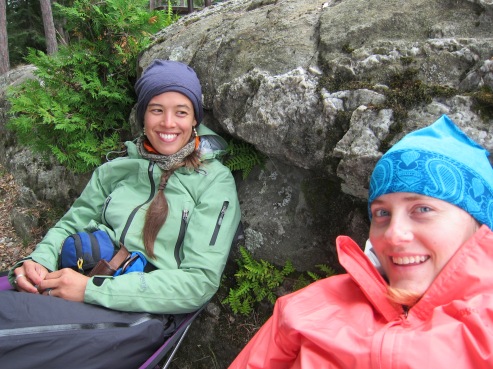 Bundled up with weary arms.

It was the kind of trip with a stop a historic bar and hotel.
Kettle Falls has been a critical trade spot since the 1700’s. The Hotel was built in 1910 mostly for the lumberjacks, trappers, and dam workers. Back then they didn’t bother with a foundation so over the time the floors settled over the contours of the land. “Which makes the Kettle Falls Hotel perhaps the only building that could be mapped topographically.” – The Telegraph 1977. In 1918 it was sold for $1000 and 4 barrels of whiskey. With an established manly musky air and prohibition right around the corner it developed quite the scandalous and swashbuckling reputation. In 1987 it was renovated by the National Park Service. Thankfully despite a government take over, it kept it’s rustic and cozy charm.  It is still only accessible by water.
We lingered in the living room/gift shop.  We had burgers on the porch. 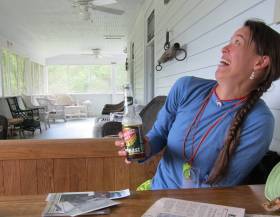 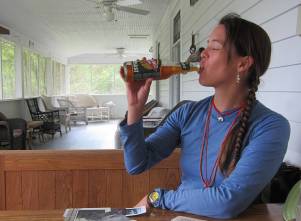 We marveled at the little luxuries of being indoors with a cold beer.

We hung out with the old men in the cozy bar. Jim told us stories while we decorated their blank matchbooks. 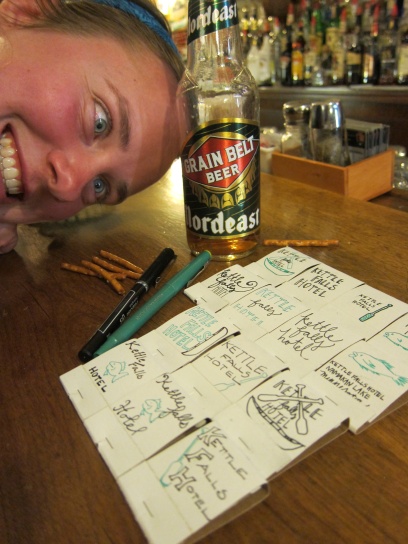 He was a round suburbanite but as a kid he had been through the hotel when the lumbermen were still crowding the bar. The floor had been not only deeply buckled and swaybacked but pulpy from the mens spiked boots. Larry our sweet and dentally challenged bartender fed us pretzels while the denim clad retired CEO types enticed us to stay longer buying us beer. By the end of the night they each took some signed matchbooks as mementos of the evening.

Five hours and 13 beers later we paddled back to camp in the last light of the day. 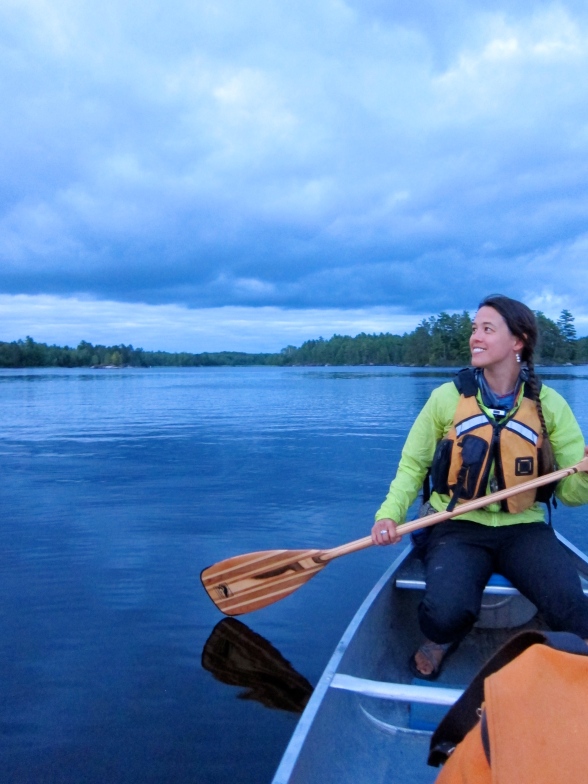 Eventually we ran out of campsites, and we were done sharing rocks with giant spiders. 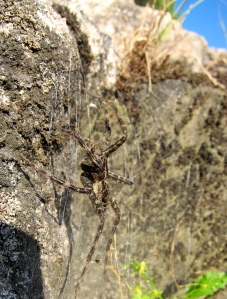 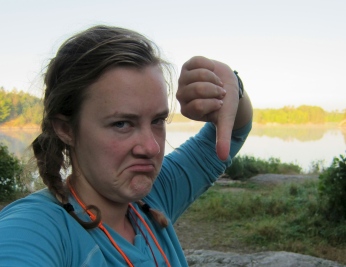 So we pulled out of the woods and back to civilization two days earlier than planned. It was a bit sad to be leaving our adventure.  A tad melancholy, we entered Voyagers Park visitors center. We met Kevin, who amused us with the “only mildly overpriced authentic souvenirs” and suggested all sorts of fun things to do. I’m sure he didn’t know what he was getting himself into when he suggested we watch the 1960’s video reenacting the 1800’s fur trapping voyagers. And welcomed us to the junior rangers dress up clothes. 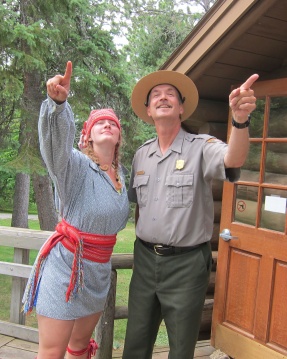 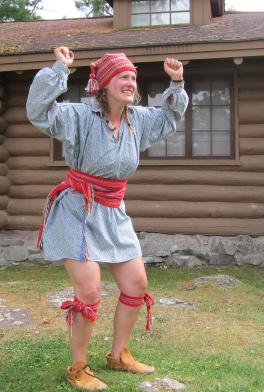 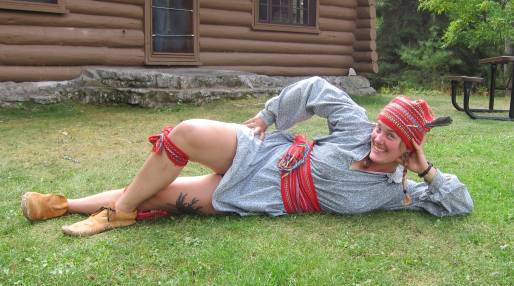 maybe not how they did it back then 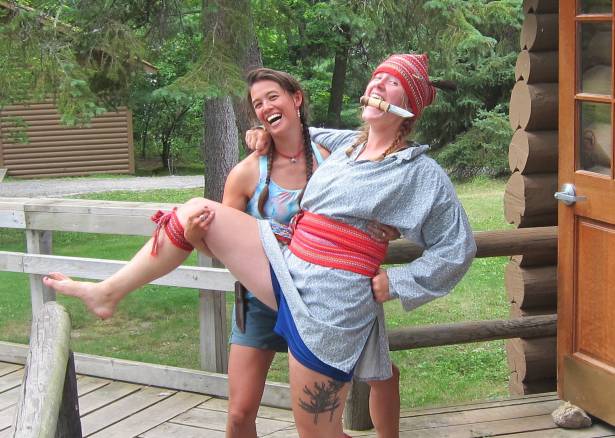 Yeah, we know how to have fun anywhere.

3 Responses to Women In The Woods