But I can tell you it’s that exciting time of year where spring seems to feel more like a reality than a dream.  It’s that time when summer goals start to get real.  This time last year that I was getting ready to register for the Beach2Battleship Iron Triathlon.  It’s the season to prepare for the outdoor season.

So I’ll share the energy bar recipe that I developed at the end of my racing season.   It was my favorite because it was:
1) Easiest to eat – it required basically no chewing, but also wasn’t gooey.
2) Held up well – it was a nice neat shape to wrap and didn’t fall apart in transit or in my pocket.
3) Mild balanced flavor – not too savory, not too sweet, not too flavorful in general, which is great when you’re hot and tired and any flavor can get nauseating.

This is in contrast to my first attempt (baked egg and cheese which was delicious but better for breakfast on the run instead of actually running.  Also strawberry and cream sandwiches which were also delicious but did not hold up well after freezing.)  And my second attempt (raspberry mint rice bars which were awesome enough to make again for the big race, but was a little difficult to get the right consistency for the rice.  Also scallion pancakes which were a little labor intense for such a small quantity and were too chewy for  even easy exercise.)

So without further ado…
Banana Potato Energy Bars
(This makes just 4 bars, but can easily be doubled or quadrupled…)
Preheat oven to 450 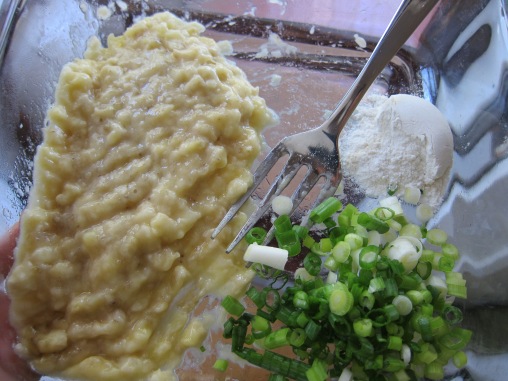 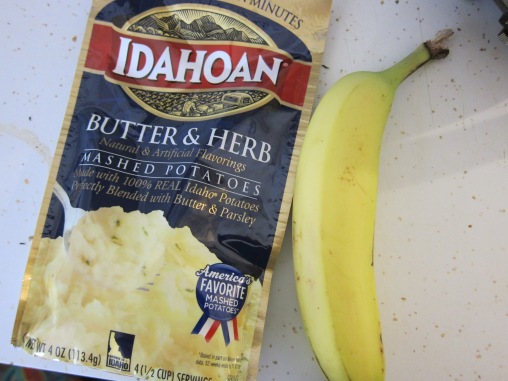 Mix together with just enough boiling water to help it all come together.  I just poured it from my electric tea kettle.
Form into a nice shape on whatever you’re baking on. 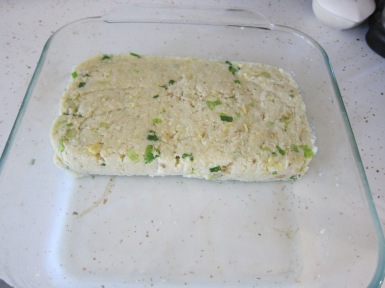 I clearly didn’t even use the whole baking dish.

Stick into oven for about 15min or until slightly toasted and firmer on the outside.
Cut into rectangles and wrap Skratch Labs style (because anything else is shooting yourself in the foot when you drop your noms going 20mph in arrow bars). 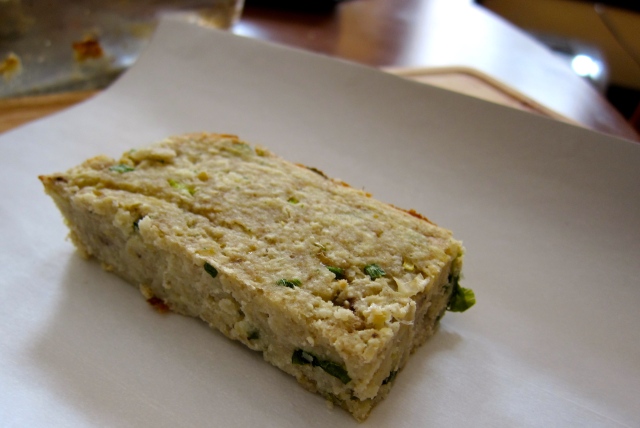 Here watch these videos: How to Wrap Rice Cakes and How to Prepare Paper for Wrapping it’s really fast and easy once you’ve done it.

A previous attempt of mine didn’t have banana but did have white miso paste and bacon crumbles.  Not a bad idea for lunch on the go but too much flavor for during a race or key workout.