Four Lessons One Year In

It’s almost our one year anniversary from the launch of our dream business.  It was quite the journey to get to the starting line. It was two agonizing years of what often felt like going nowhere getting nothing done (Things Not Done – A Story of Progress). But the last 9 months have flown by and my project whiteboard tells the story.

January to March
This was a lot of catching up on the things that hadn’t gotten done before the launch.  And to keep with the theme, 22 things didn’t get done (but 13 of those did get done eventually!)

March to May
13 things got done and 4 more in progress! 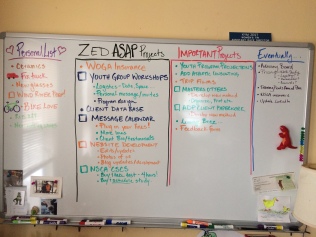 May to July
So many things crossed off!

July to October
Not as many things got done.  I’ve never seen so many arrows.  And question marks?  And so many additions.  I’d be worried but there’s just enough going well to keep my spirits afloat.

So what have I learned in the last year?

So what’s up next? 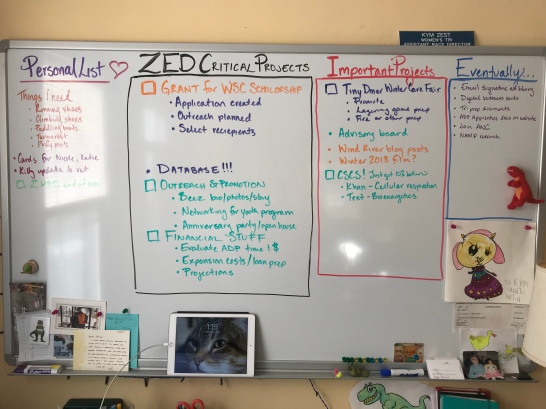 There’s an anniversary party on that board!  We’re going to have a blast celebrating how far we’ve come, thanking the people who support us, and welcoming anyone who wants to check us out.